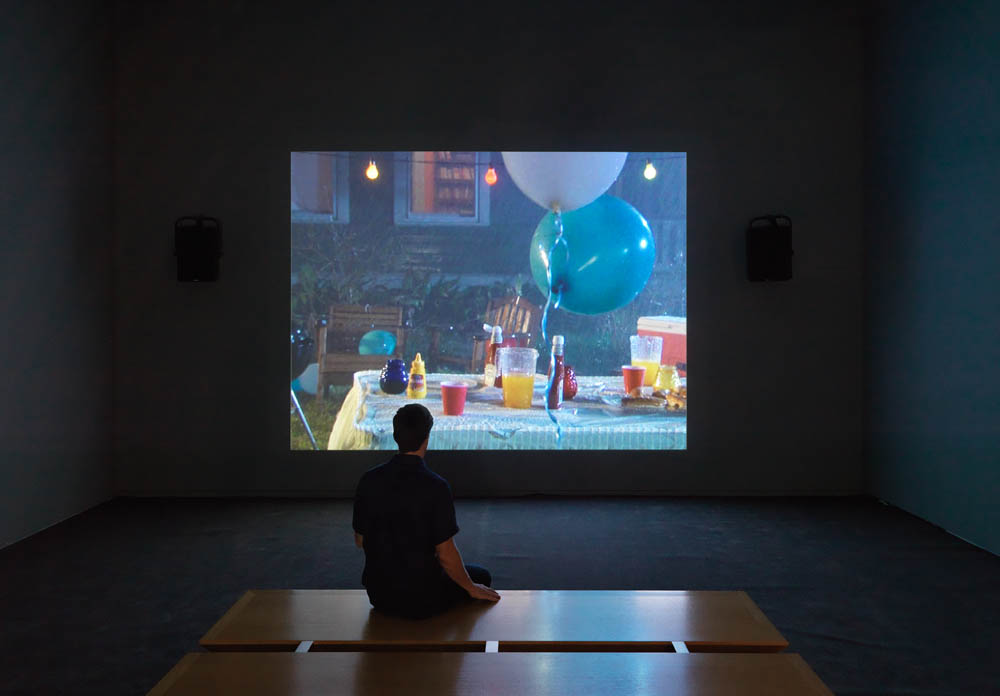 Installation view, The Modern Art Museum of Fort Worth 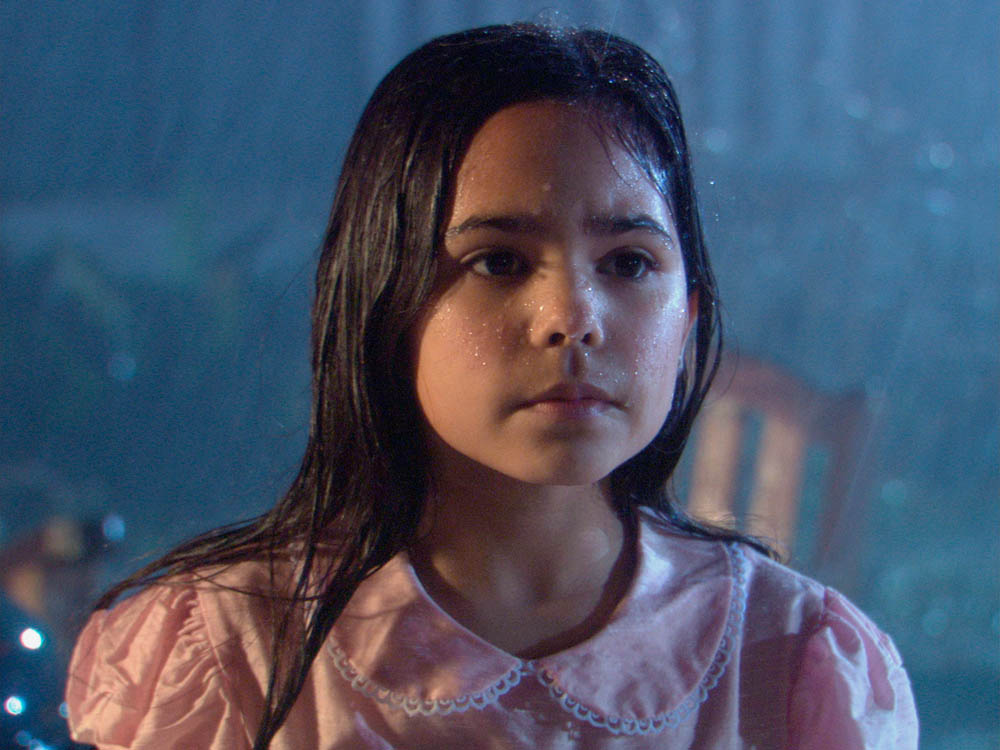 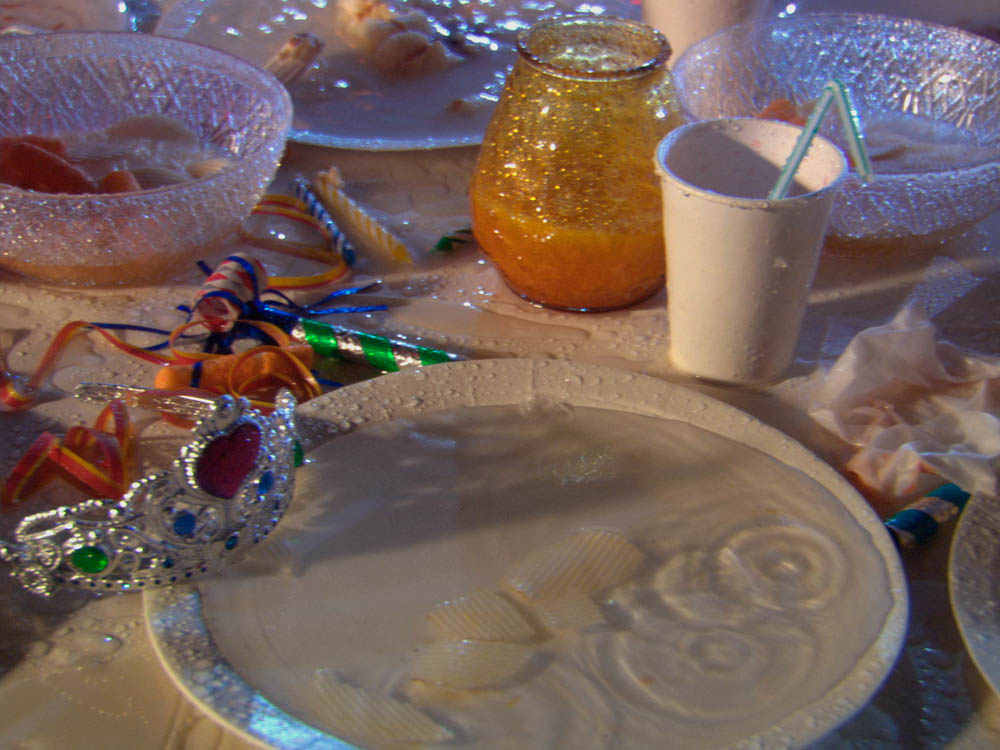 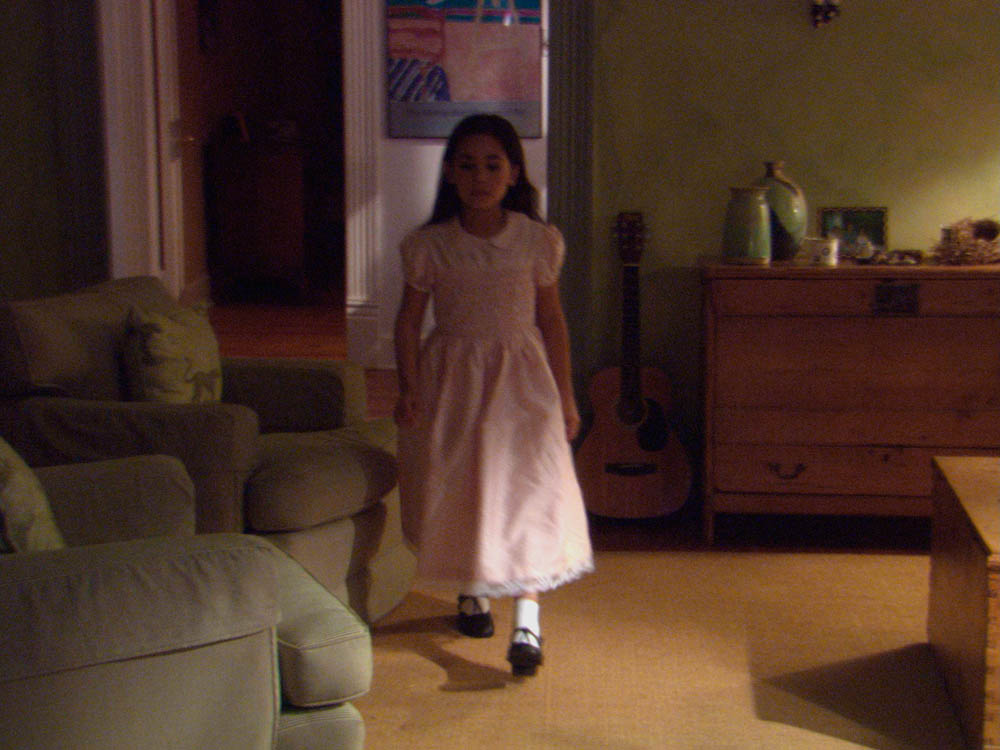 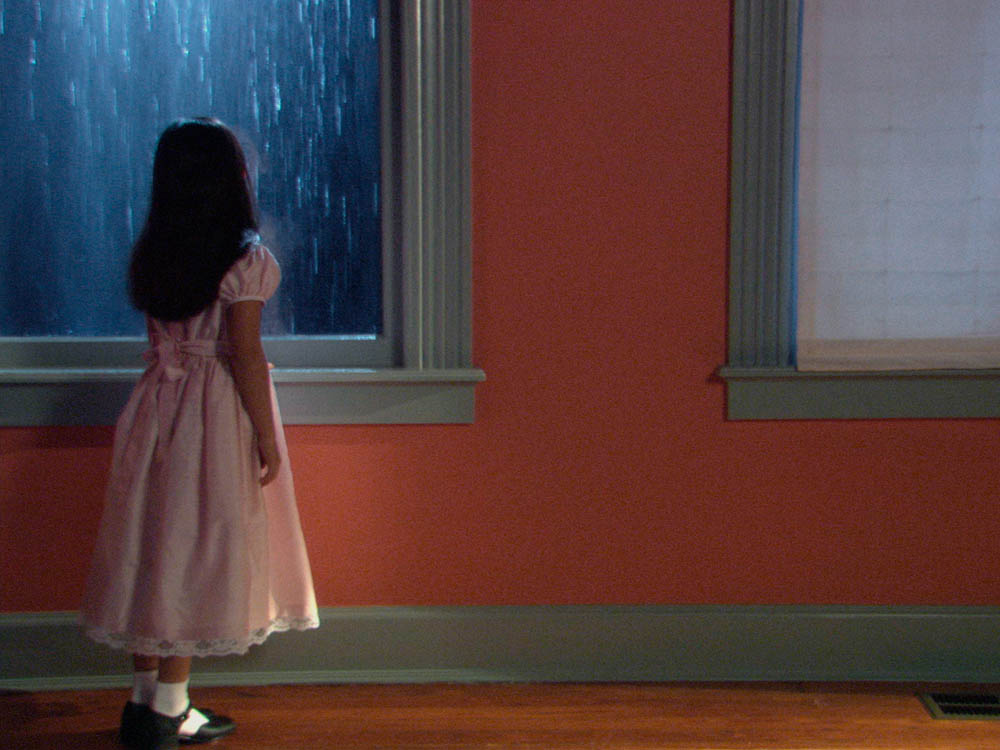 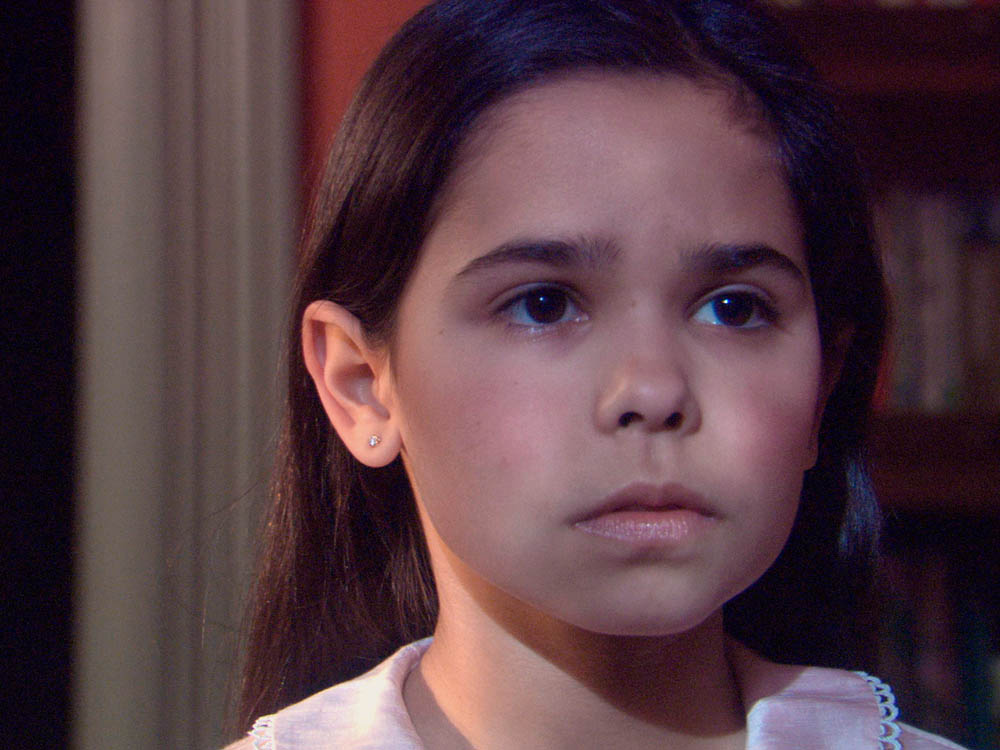 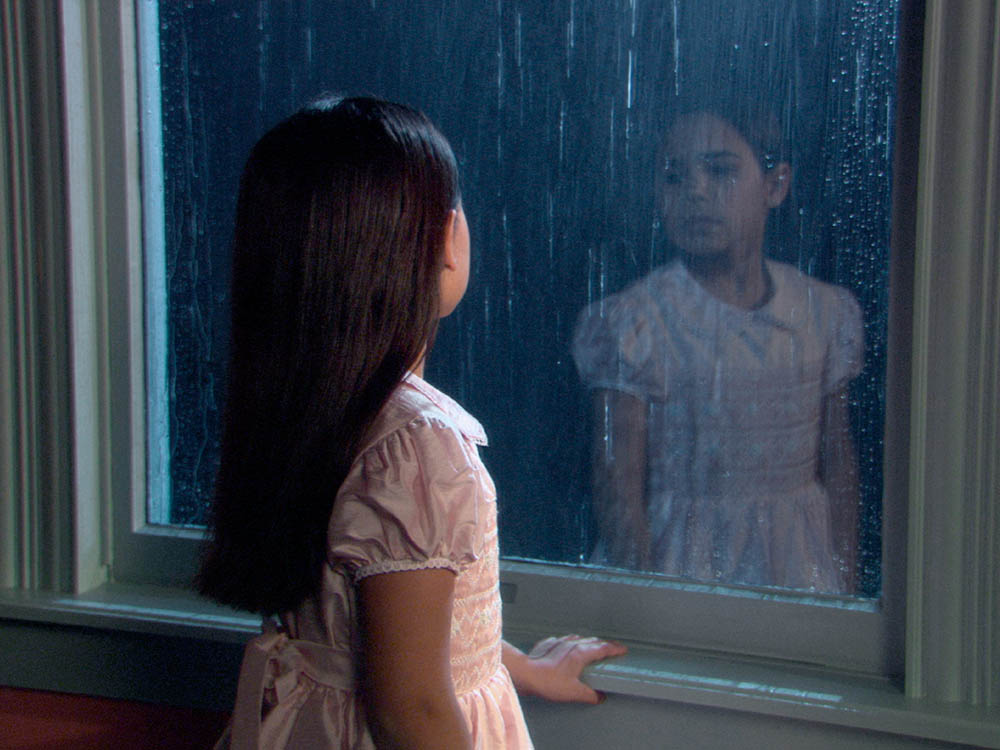 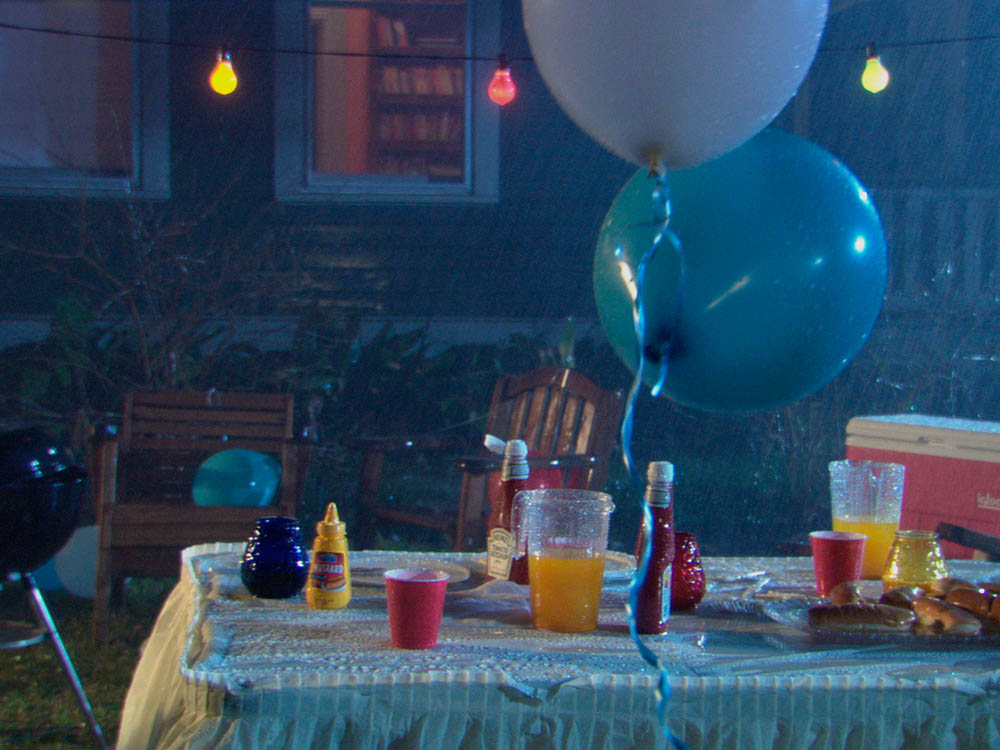 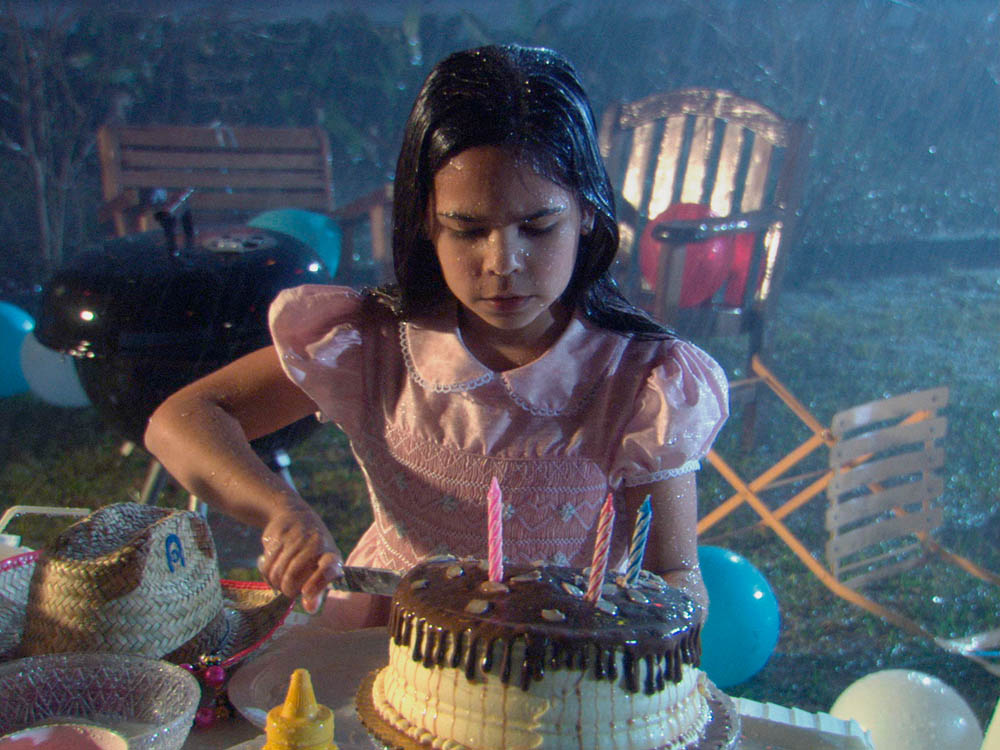 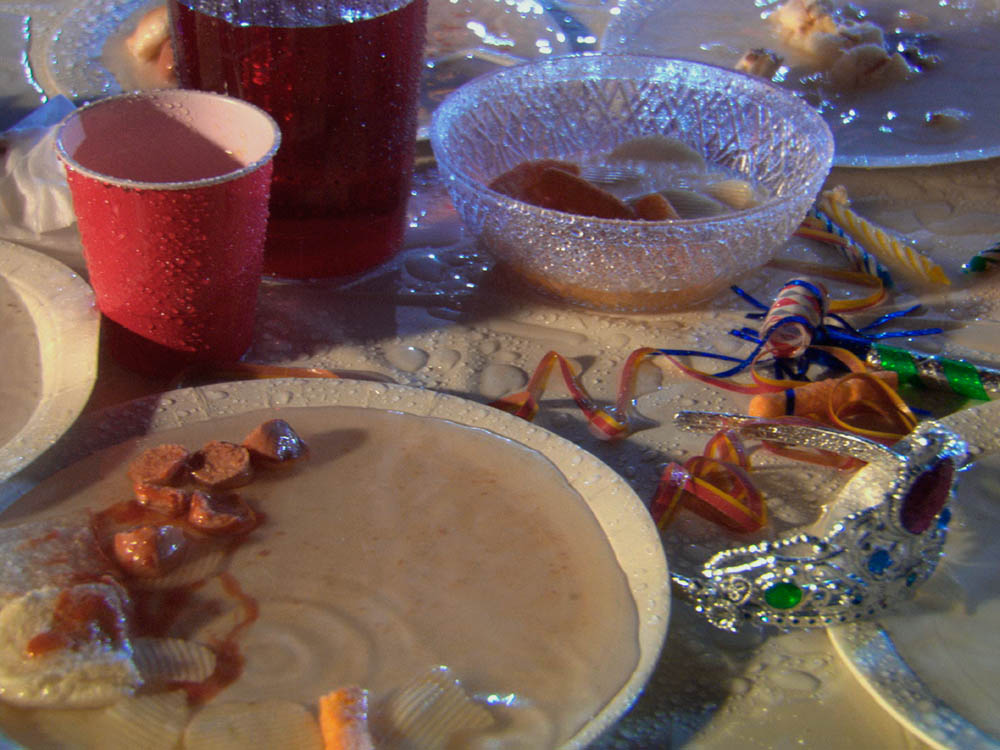 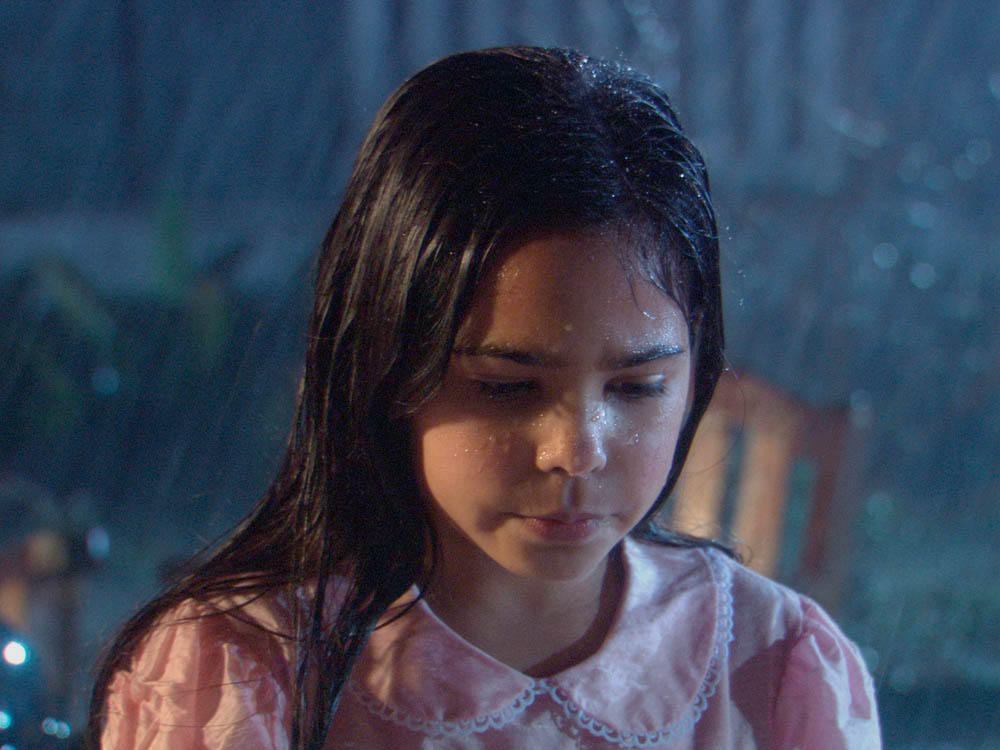 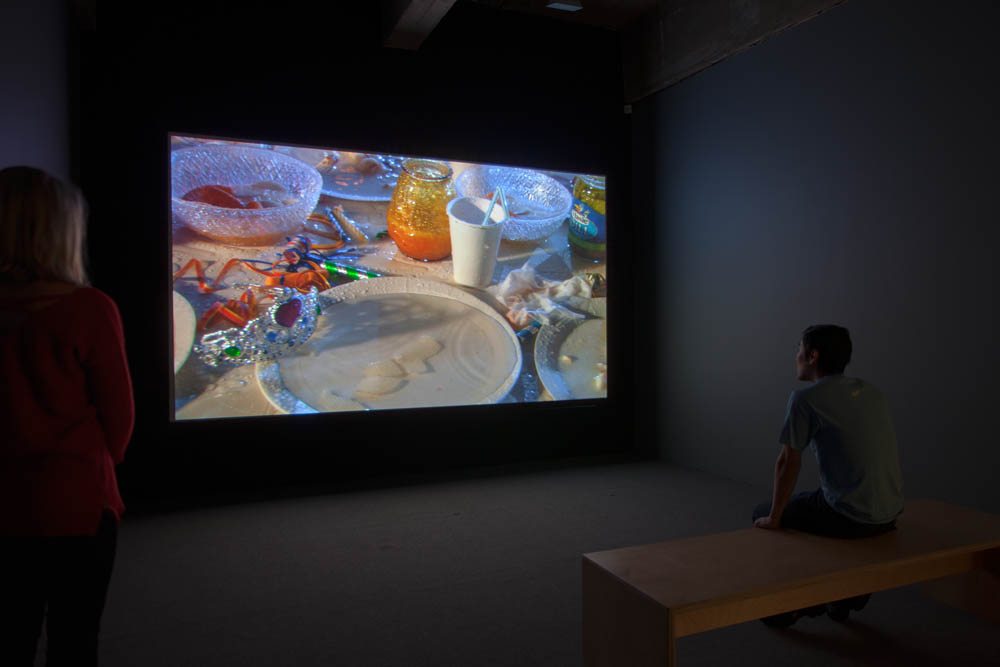 Eight revolves around a birthday party, a young girl and a house on a rainy night. The camera work in Eight is a steady dolly movement from one room interior to another. Slowly, the camera reveals that the interior room is an exterior space, a suburban backyard in the middle of a rain storm. As the camera moves through this backyard, this exterior, in turn, is revealed to be an interior room. The sense of inside and outside is interlaced and the appearance of real shelter continually shifts throughout the video. The storm appears both inside and outside, following the young girl, who walks from one space to the other, trying to salvage the birthday cake.

The title Eight is an open reference to the age of the girl and to the figure eight, a shape with no beginning and end. The consequence of the continuous loop in the video results in seeing a girl trying to retrieve a piece of cake which she will never have the pleasure of eating. The work marks a passage of the girl leaving the “shelter” of childhood and becoming an adolescent. Eight was shot on location in Austin, Texas in 2001.