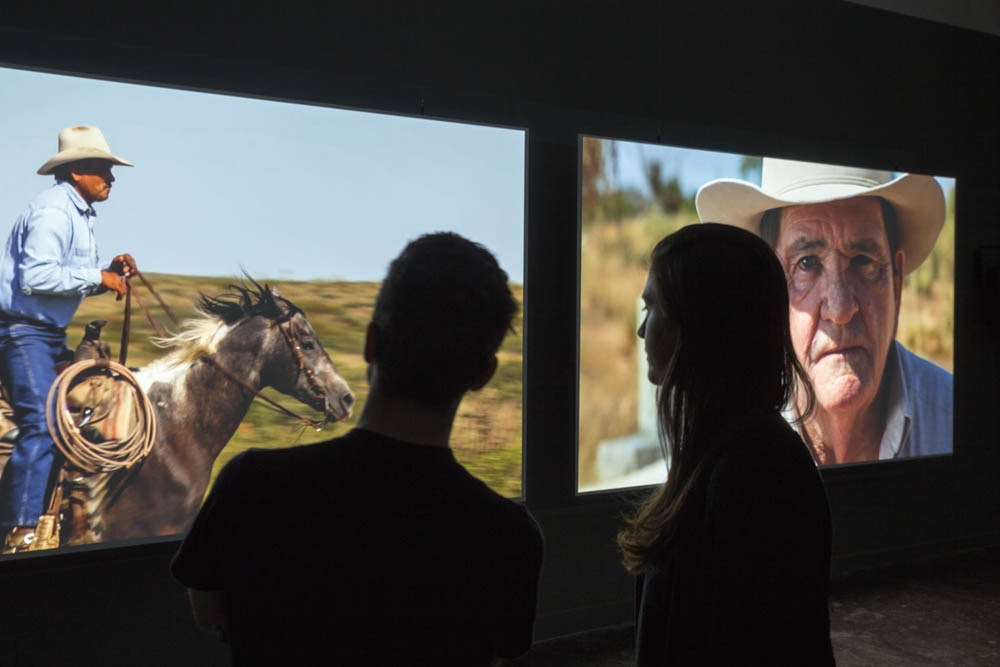 Movie Mountain (Méliès) explores the residue of cinema and social terrain around the site of a mountain in the Chihuahua Desert in West Texas named Movie Mountain. According to local residents, this mountain near the border town of Sierra Blanca is named Movie Mountain because a silent film was shot there in the early 1900s. Searching for the origin of the mountain’s name, Hubbard/Birchler embarked on a journey traversing the landscape of early silent-era film production.

Through their investigations, Hubbard/Birchler uncovered a peculiar possible relationship between Movie Mountain and Gaston Méliès, the lesser known brother and business partner of the famous filmmaker George Méliès. In April 1911, Gaston Méliès relocated his struggling movie company from San Antonio, Texas to California. He departed with his film crew and actors aboard the Sunset Express Train, taking a route that stopped in Sierra Blanca, which at that time was the railroad’s pivotal gateway junction to the West Coast. The artists’ research suggests that during this voyage, Méliès and his company interrupted their travel and got off the train to film a movie.

Filmed on location over the course of one year, the video installation Movie Mountain (Méliès) generates several fractured narrative strands that interweave agency and memory. Following a group of horseback riders to Movie Mountain, the project features local residents whose relatives performed in the silent picture, as well as a script-writing cowboy. Movie Mountain (Méliès) is presented as a two-screen projection in which the staggered, detached screens transport a reflection of the fractured, layered history of Movie Mountain. Movie Mountain (Méliès) and Grand Paris Texas are the first two installments in Hubbard/Birchler’s trilogy exploring the social and physical sites of cinema.