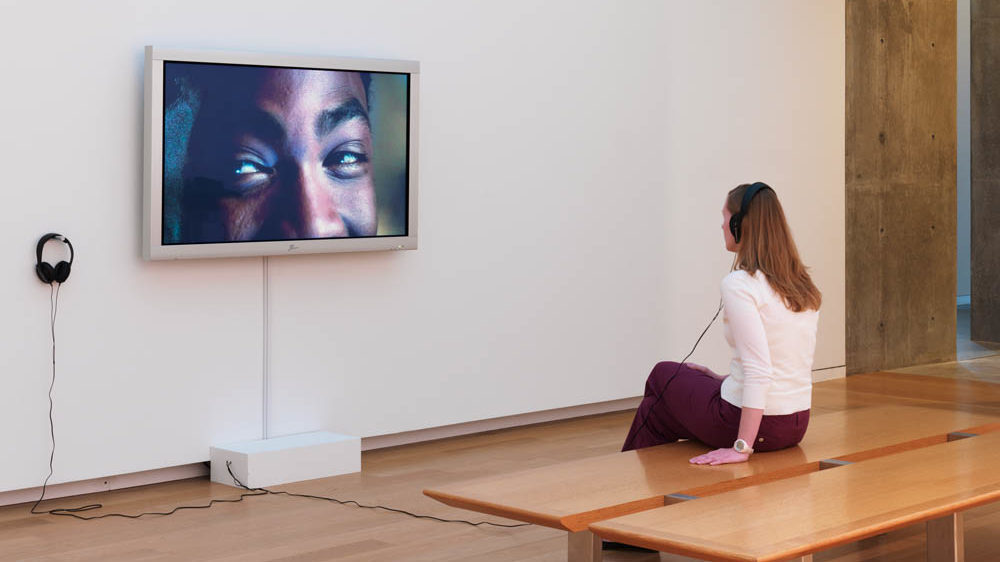 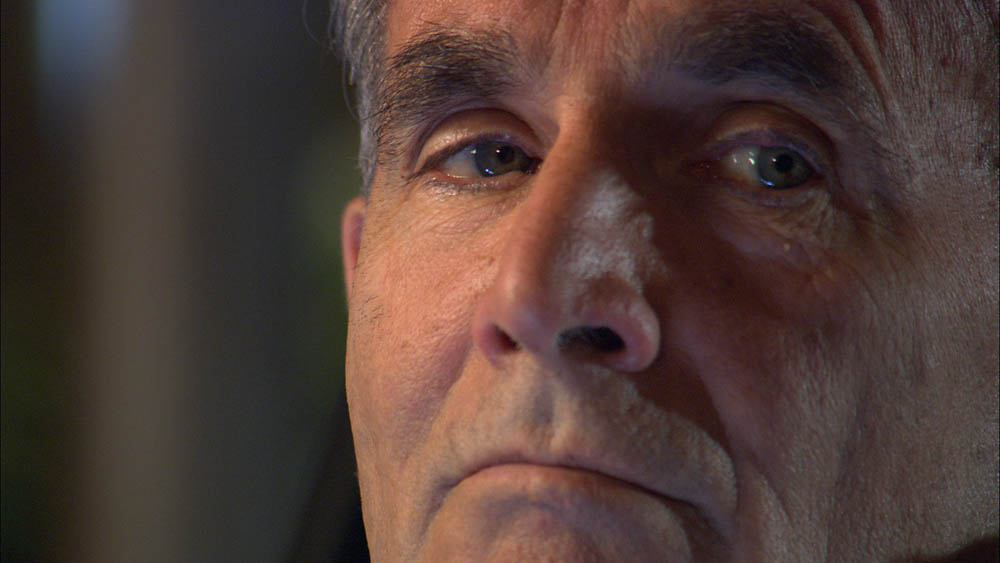 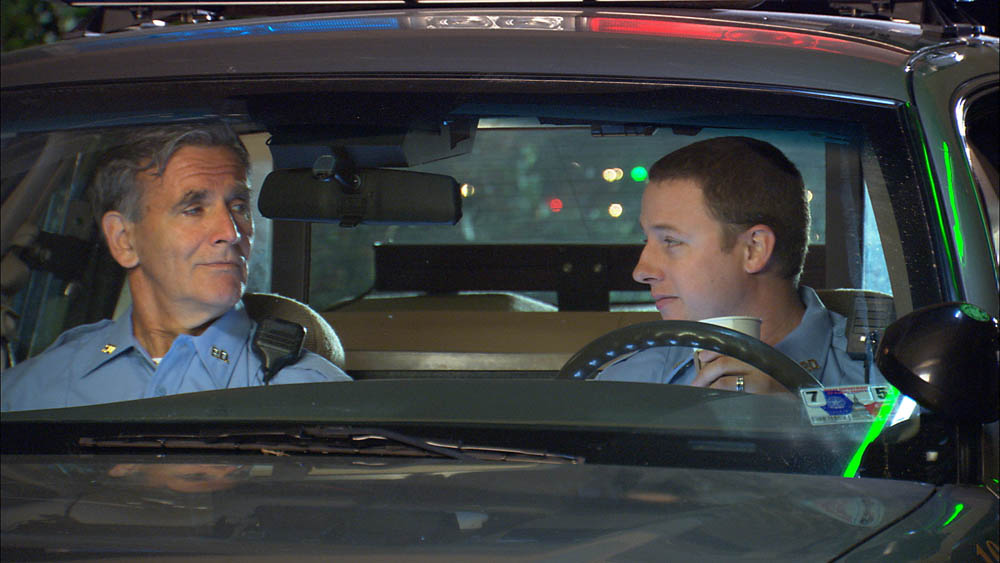 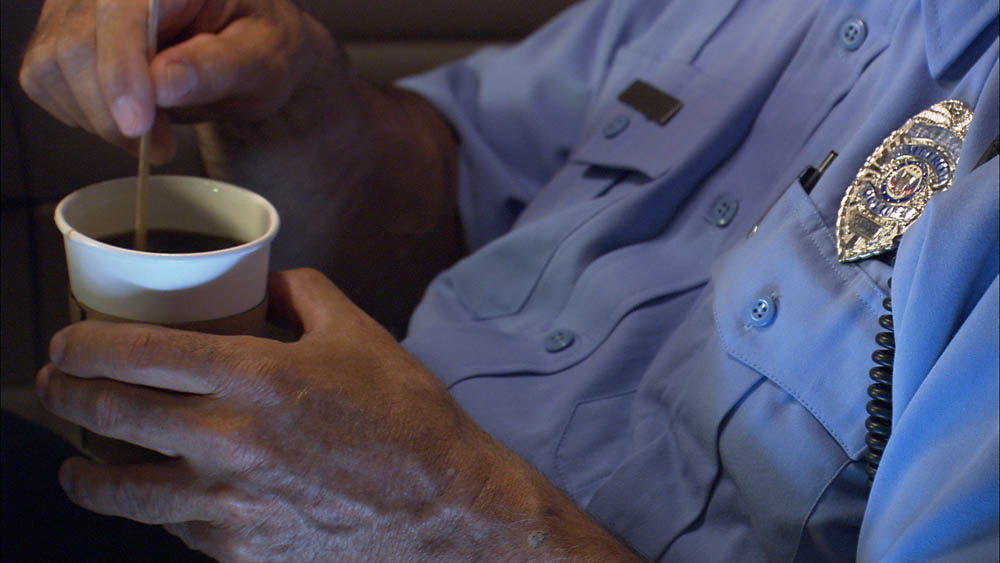 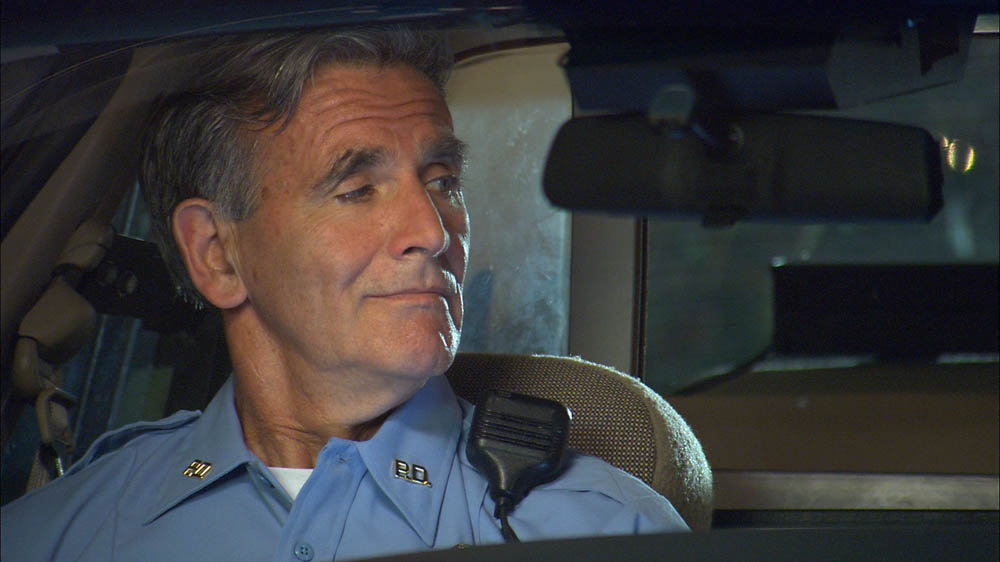 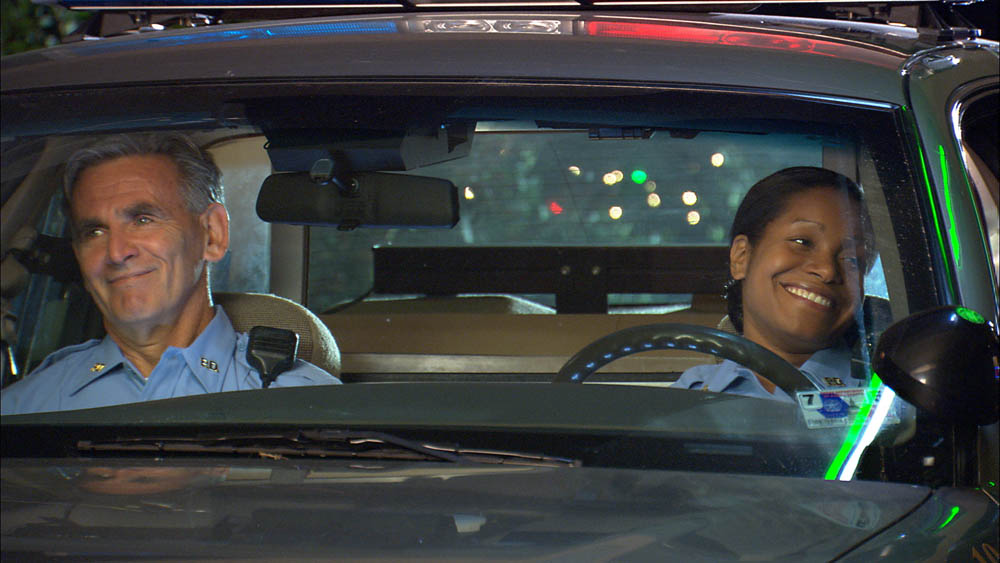 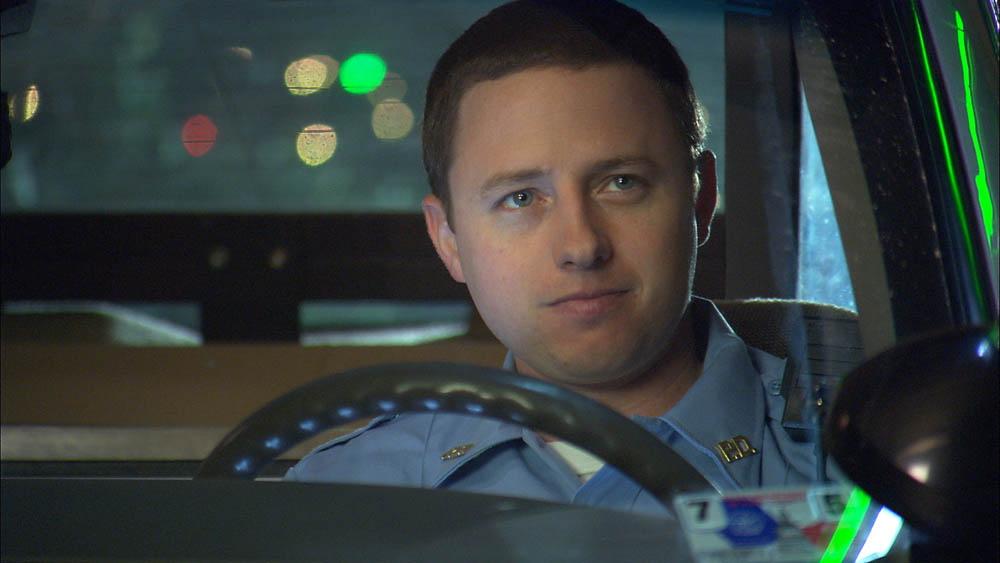 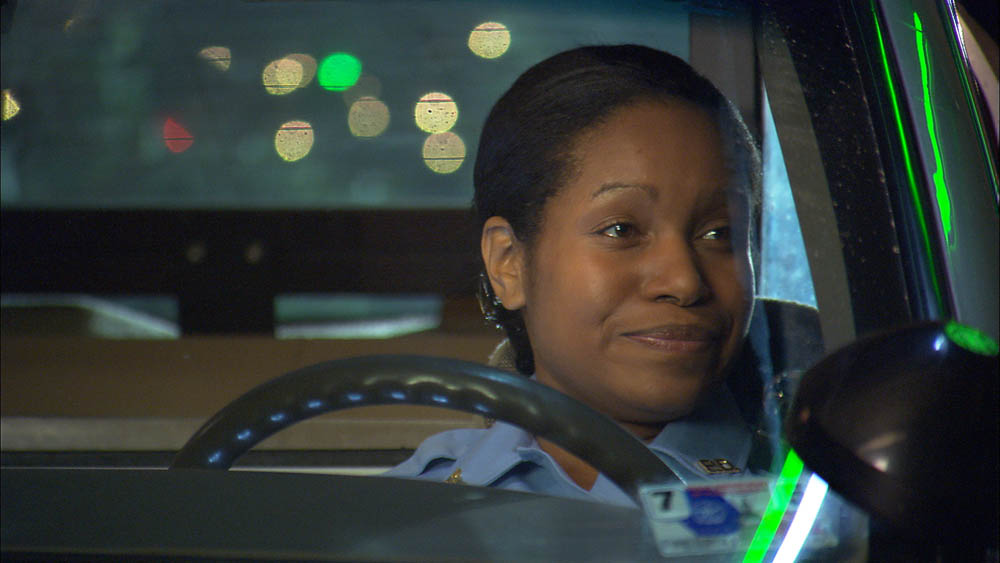 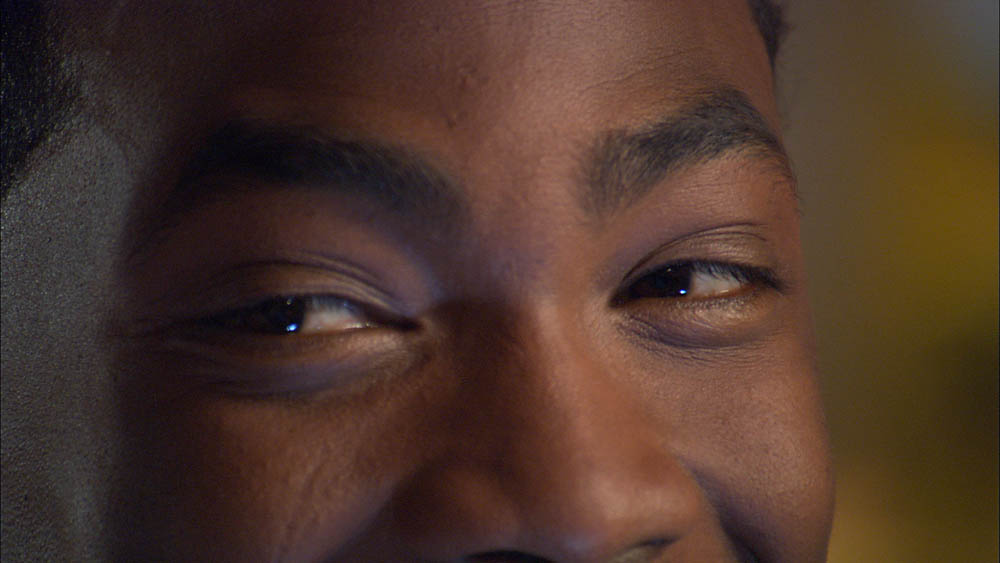 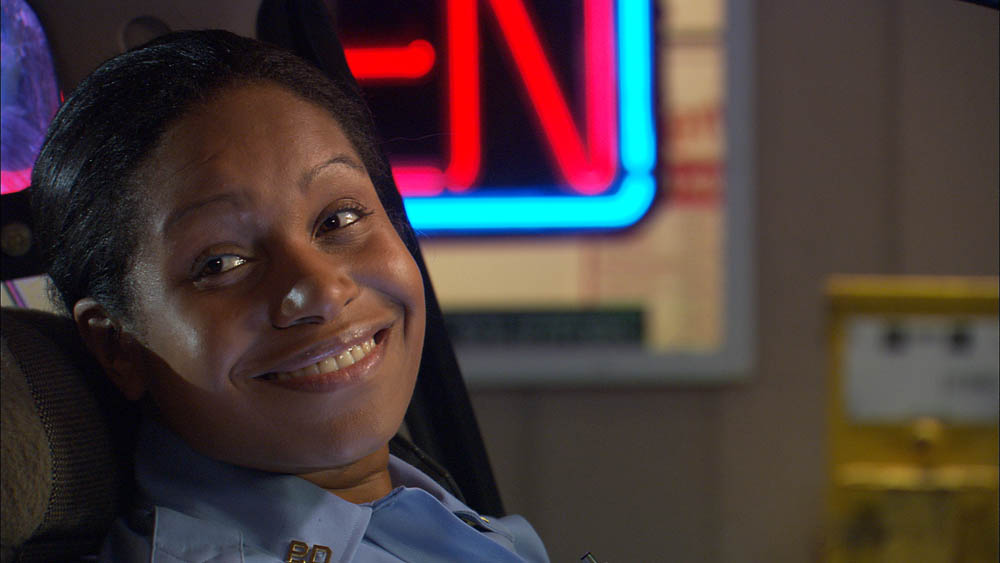 Night Shift, which consists of four short scenes, one following after the next, revolves around the space of sleep and sleeplessness. Each scene uses the same setting — the interior and exterior of a police car at night — and begins when one officer brings a cup of coffee for the other. Using recurring and non-recurring characters, interrelated dialogue and ambient sound, the scenarios evoke themes of control, memory, longing, humor and loss. The nocturnal scenes in Night Shift suggest a world surrounding the older police officer, in which external signs might actually exist only in his imagination, as interior dialogues playing out inside his restless mind. Night Shift was commissioned by Art 21 Inc. New York and was premiered on PBS television in 2005. It was shot on location in Austin, Texas.